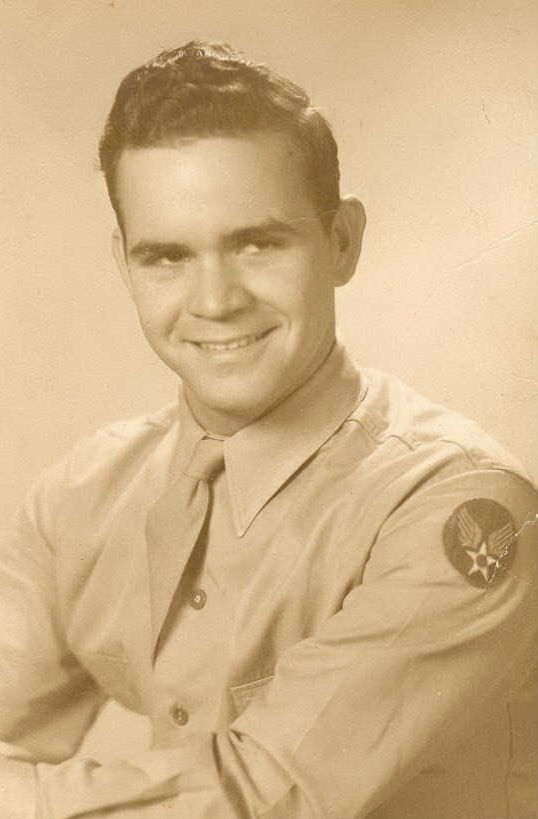 Biographical note:
Robert "Bob" Brant (1925-1982) was born and raised in Boynton Beach. His maternal grandparents, James Willard Easton (1867-1937) and Sarah Bielby Easton (1875-1961), came to Boynton Beach in 1922 and operated a restaurant, Old Stone Lodge; later they moved to Lantana where Mr. Easton was a bridge tender until his death in 1937. Bob Brant’s parents, Frank Brant (1897-1972) and Agnes Easton Brant (1899-1985) also settled in Boynton Beach until they moved to North Carolina c. 1960. Bob Brant, after delivering newspapers for the Post-Times from the age of 10, he went on to be a circulation manager. Later he became an agent for the New York Life Insurance Company, with his office in Boynton Beach. He served in the Army Air Corp from 1944-c. 1945. He was also active in the Boynton Beach community, serving as president of the local Lion’s Club.
Interview summary:
Interviewed by James Hartley Nichols on 10 April 1979 for the Boynton Beach Oral History Project. Topics discussed focused chiefly on life in Boynton Beach between 1930 and 1945, including local characters Red Ewell, “Dad” Allen, and Mayor H.D. Stevens; pranks that locals would play on each other, including shooting fireworks across the street at each other; descriptions of stores in Boynton Beach, including the downtown and along Federal Highway; Boynton Beach during World War II, including the impact of ships being torpedoed, restrictions on light at night, and access to the beach; childhood experiences such as driving a Model T Ford, spearing crawfish, killing land crabs, going to midnight movies in West Palm Beach, making money by shining shoes and delivering papers; and how the town has changed, becoming a crowded "concrete jungle."
Finding aid, including transcription, available on menu.
Interview details:
FILE 1
00:13 Family presence in Boynton, owning Old Stone Lodge
05:22 Early recollections as a child, stores in downtown
08:37 Shining shoes on Main Street
12:03 Mayor H.D. Stevens, pranks, the Townsend Club
18:17 Local man, Dad Allen; blue fishing
22:00 Paper delivery route for Palm Beach Post
24:00 Briny Breezes establishment
24:55 People who lived south of Boynton along Federal Highway
26:15 People who lived north of Boynton along Federal Highway
28:30 Practical jokes, pranks, and nicknames
30:18 John Rousseau taking kids to midnight movies in WPB
32:33 Stores downtown, increase in value of property
36:54 Boynton in WWII: Submarines being sunk off of Boynton, suspicions of a spy resulting in limiting beach access, beach patrols on horseback
FILE 2
01:00 Childhood recreation: baseball, shooting land crabs
04:19 Pineapple packing plant at Seaboard depot
08:18 Swimming and spearing crawfish
11:50 Owned Model T Ford at 12 years old
14:00 1947 hurricane
19:00 Fourth of July fireworks war between Milton Partin's drug store and Buck Muster's bar
21:06 Trip to Jacksonville at 14 years old
29:25 Changes in Boynton Beach over the last ten years
36:30 Location of Indian burial mounds near Inlet
38:45 Red Ewell, pranks
Technical note:

Disclaimer
While this document strives to transcribe this audio recording faithfully and provide other information that would assist researchers, the content, including the expression of views, memories, or terms used, are not endorsed by the City of Boynton Beach, nor does the Boynton Beach City Library Local History Archives attest to the factual accuracy of the statements expressed here. Also, any quotes or citations should be checked against the audio recording, if available, rather than the transcription, in case of transcribing error.

Rights
Copyrighted. Rights are owned by the Boynton Beach City Library. Copyright Holder has given permission to provide access to this interview. Transmission or reproduction of materials protected by copyright beyond that allowed by fair use requires the written permission of the copyright owner. In addition, the reproduction of some materials may be restricted by terms of gift or purchase agreements, donor restrictions, privacy and publicity rights, licensing and trademarks. Works not in the public domain cannot be commercially exploited without permission of the copyright owner. Responsibility for any use rests exclusively with the user.

Uploaded by BBCL-Archives on November 6, 2019